20 Rules From The Most Famous Graphic Designers in History 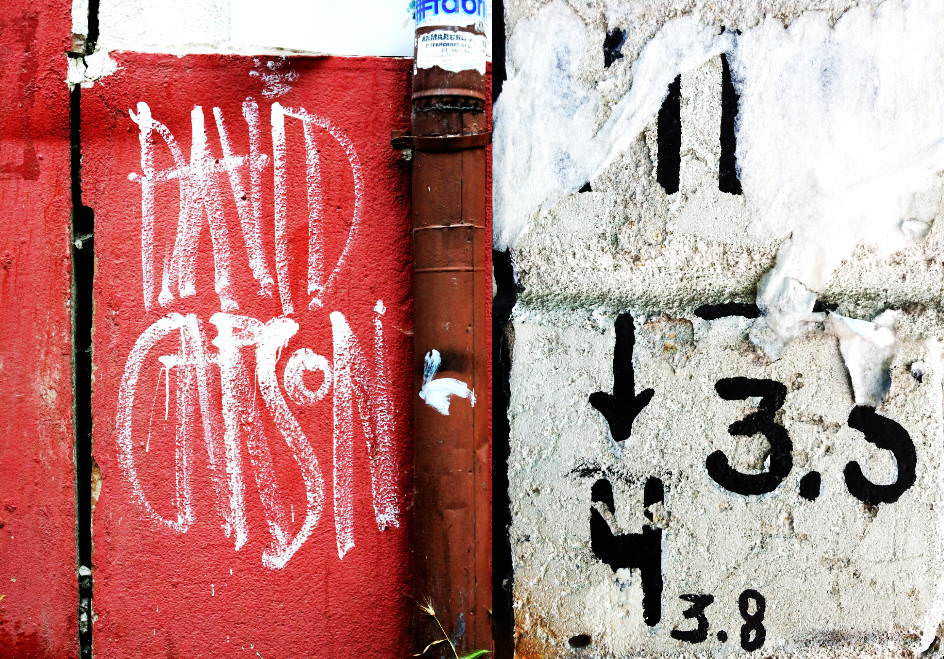 While graphic design can sometimes feel like a brand new industry, it’s actually quite the opposite.

Graphic design is an industry that has been growing and changing for centuries at the hand of countless designers.

So, to celebrate this rich and exciting history, we’ve compiled a list of 20 famous designers that have done their part in shaping graphic design in some way.

From those who specialize in typography or magazine design, through to album covers and political posters, each of these people have made their mark on the industry and shaped it in some way through hard work and some great designs.

With that, let’s have a look at 20 famous designers who changed graphic design for good.

Appropriately dubbed ‘the Godfather of Grunge’, David Carson revolutionized the design industry by taking a unique, rule-breaking attitude toward design. His strikingly shredded, warped, and sometimes illegible layout designs remain to be a constant source of radical inspiration for designers around the globe.

A household name in the world of design, Saul Bass is a legend whose work you’ve likely encountered before. Bass made his mark on the design world with his work in the 1950s designing iconic movie posters and motion picture title sequences for films such as Psycho, The Man with the Golden Arm, and North by Northwest.

Bass was also an accomplished logo designer, having designed a plethora of timeless brand marks that have an average lifespan of about 35 years. Much of his work is still in effect to this day – just check out the Kleenex, Girl Scout or AT&T logos.

Stefan Sagmeister is an accomplished contemporary designer with an impressive client list, ranging from The Rolling Stones and HBO to the Guggenheim. Sagmeister’s work often blends humor, sexuality, the unorthodox, and painstaking detail to create jarringly modern designs that continue to inspire and shake the design community.

Paula Scher was the first woman to sit in a principal position at the acclaimed graphic design firm Pentagram, and for good reason. Her impressive body of design shaped the perception and application of graphic design in many ways, particularly her technique of treating type as a visual image in her work for the New York City’s Public Theater (pictured above) which continues to have a lasting impression on modern design.

Michael Bierut is often credited with “democratizing design”, thanks to his unique and ubiquitous approach to graphic design. Bierut paved the way for ‘accessible’ design whereby complex content was made more easy and enticing to read and consume through a sharp, direct design.

Massimo Vignelli is considered by many as one of the most influential designers of the past century. A self proclaimed ‘information architect’, Vignelli endeavoured to condense large, busy ideas into more digestible, understandable formats through design. This is highly evident in his 1972 redesign of the New York City Subway Map whereby he chose an experimental, abstracted design that was heavily debated but later proved incredibly effective.

07. Milton Glaser: Bridge the Gap Between Seeing and Understanding

Creator of the iconic I ♥ NY branding, logos for Target and JetBlue, the opening title sequence to Mad Men, and poster designs for musician Bob Dylan, Milton Glaser has transformed what it means to create a powerful, timeless design. “You want to move the viewer in a perception so that when they first look at [the design],” Glaser explains, “They get the idea, because that act between seeing and understanding is critical.”

Paul Rand is a big name in the design world, credited with visually transforming America post WWII by developing radical new methods of approaching advertising, logo creation and design. One of Rand’s greatest legacies in his design career was his removal of copywriting from the principal position in design, instead placing it on the same tier as design, suggesting that by simplifying the amount of type, and instead letting form and function interact, rather than one overpowering the other, the design would work better.

09. Alan Fletcher: Be Expressive With Typography

Dubbed the British ‘father’ of graphic design, amongst producing inspiring designs himself, Alan Fletcher changed the way design was thought of. His expressive typography, bold colors and strong visual language helped pave the way for graphic design to be thought of as a key and crucial element to businesses, not just an optional decorative extra.

Hermann Zapf changed typography in a lot of ways. Primarily, he was the creator of the popular typefaces Zapf Dingbats, Palatino, and Optima amongst many others. He also pioneered computerized typography being a big advocate for the move from press printed designs to computerized ones. And to top off the already impressive list of accolades, he also invented a typesetting program that would later go on to inform a lot of modern day software developments.

11. Lester Beall: Be A Problem Solver

Lester Beall left his mark on the design community both through his own inspirational, avant-garde designs, as well as his revolutionary attitude toward design. Beall brought forth the idea to American businesses that graphic designers should be seen and treated as creative problem solvers who should be more heavily involved in the marketing side of business. Beall’s attitude toward design as well as his own powerful designs are what keep his work timeless and a standard by which current designers can measure their own work by.

Born circa 1505, Claude Garamond shaped design right from its inception by becoming the first person to ever specialize in type design as a profession. During his career, Garamond produced a series of iconic typefaces, many of which are still in use, such as Garamond, Granjon, and Sabon to name a few. Garamond’s work not only paved a path for type design, but it set the wheels in motion for what would become the evolution of the graphic design industry.

Jan Tschichold’s career is prolific and left a great imprint on design. Tschichold authored the widely credited book Die Neue Typographie in which he established new typographical standards, pushed for the standardization of paper sizes and formed guidelines for typographical hierarchy – many of which are still referred to to this day.

Tschichold was also the designer behind the iconic orange Penguin Books cover design during his work with the company, where he oversaw over 500 books go to print. Tschichold’s constant striving for new techniques and practices are what keep his name in the spotlight as a heavily influential graphic design icon.

Described by AIGA as “(a member of) a distinguished group of pioneers in the post-World War II era who gave shape to the emerging field of graphic design,” William Golden is an accomplished designer who changed the industry both stylistically through his bold, punchy work at CBS. He also pushed for the recognition that an artist and a designer were to be thought of as two different things, thus helping shape the graphic design industry in a more defined way.

Jacqueline Casey was a graphic designer known for her heavily influential Swiss-inspired posters. It was her work that helped to introduce the America and the MIT community of which she was a part of to the emerging European Swiss typography and design, which would later go on to shape much of contemporary design. Casey’s work is still considered a paragon of what can happen when you pair a clean, strong design with a powerful and impactual meaning.

Cipe Pineles’ design career extended over a lot of high profile magazines, from Vogue and Vanity Fair to Glamour, Seventeen,and Charm. Her career was also full of a lot of firsts; She was the first female designer to become a member of the Art Directors Club in New York, the first autonomous female art director for a magazine. She was also the first designer to hire fine artists to illustrate mass market publications which began a long standing trend within magazine design that would go on to shape the magazine design industry.

Susan Kare is a contemporary designer who left a large mark on design when she developed a series of interface element designs for the Apple Macintosh in the 1980’s at Apple and Steve Jobs’ NeXT. Some of her work you may be familiar with is the Monaco typeface, Geneva typeface, the Command key symbol on Apple keyboards, as well as icons like the trash can, the paint bucket tool, the lasso tool, the floppy disk save icon etc. Many of these examples of Kare’s work are still in use in some capacity, and a majority have influenced much of current interface design.

Abram Games was an official WWII artist who is well recognized for his 100s of punchy, politically-driven poster designs. Games’ work set a trend for designers everywhere by exemplifying his own personal motto of “maximum meaning, minimum means”, meaning that while the message and communication should be strong, the design should stay simple, clean, and direct.

Hailed as a legend of Swiss design, Armin Hofmann was a designer who inspired designers past and present with his powerful, clean, designs and his consistent encouragement of designing with context and meaning. Hofmann’s work typifies Swiss design and design with purpose making his work a paragon of effective, timeless and thoughtful design.

20. Josef Muller-Brockmann: Go with the Grids

Arguably one of the most well known Swiss designers, Josef Muller-Brockmann’s body of work captures the ins and outs of Swiss design, from the geometric shapes, clean sans-serifs and the vibrant colors. Though, one of Muller-Brockmann’s greatest legacies is his role in the development and use of the grid system in graphic design, a tool which is still widely credited and used daily by designers.